I’ve always been fascinated by the inventive process. Especially by how iterative it is. How great ideas don’t always jump out at you, but arrive at the the end of a long process where you might have chased down a hundred dead ends, followed siren-song ideas that led nowhere.

This has everything to do with to what happens in marketing and advertising. Many clients — and even agencies — aren’t iterative enough in developing ideas. It’s all pass/fail on the first or second attempt.

Yet. If there’s a germ of a great idea at stake, even if the execution fails, you need to preserve it. Nurture it. Believe in it.

However brilliant it might be, it probably won’t succeed as a product, an innovation or an enterprise without the take-no-prisoners perseverance of people who truly believe in it.

That’s a lesson that’s been driven home countless times throughout history. Taking an inspiration and translating it into viable reality can mean going down a path fraught with trial and error. The innovator gets subjected to endless criticism and derision. Sometimes, that’s just a sign they’re on the right track: their critics just don’t have the vision to see what’s possible.

They also stand a chance of losing everything: their livelihood, their savings, the roof over their head, and their reputation.

It takes guts and old-school gumption to stand tall in the face of potential Failure with a capital “F”. It takes the drive of inventors, innovators and entrepreneurs who are able to embrace failure and learn from their own mistakes. 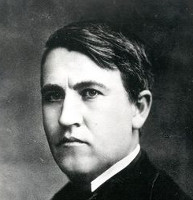 Thomas Edison is a prime example of building success on a foundation of failure. An example? The electric light bulb.

But the electric light bulb succeeded, you might point out. Not exactly: Electric lighting had been a failed concept before Thomas Edison came on the scene, according to The Myth of the Sole Inventor, a 2011 paper by Stanford Law School professor Mark A. Lemley.

Edison “did not ‘invent’ the light bulb in any meaningful sense,” Lemley points out; electric lighting products had already been marketed but hadn’t gained traction because they didn’t measure up to everyday use. “What Edison really did well was commercialize the invention.

It wasn’t only that his competitors lacked his genius; they also didn’t have Edison’s sheer doggesness. It took endless prototyping and experimentation for his team to finally create a durable lightbulb. His famous maxim about genius being “ninety-nine percent perspiration” wasn’t meant to devalue the importance of the creative spark. He just knew how important hard work was to the practical adoption of any idea. The best invention in the world won’t turn a dime after the inventor quits.

Plus, he had his eye  on the bigger picture. It wasn’t enough to deliver a hardier light bulb. How did that light bulb fit into a larger scheme of general electrification, benefiting millions? 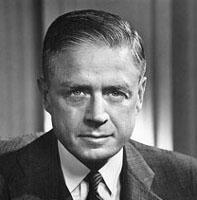 Thomas J. Watson advised, “If you want to increase your success rate, double your failure rate.”

He said it because he’d lived it. Before building IBM into a global colossus, Watson was a textbook lesson in business blunders, stumbling through a long string of personal fiascoes until discovering his life’s work.

Watson started out in his chosen profession of teaching and found he hated it and quit – after just one day on the job.  As a sewing machine salesman, he once had his horse, buggy and samples stolen, for which Watson’s employer fired him – while billing him for the lost items.

(He’d been bending his elbow in a tavern when it happened, which explained the strict “no drinking” policy Watson laid down at IBM.)

He grew IBM by following a truly entrepreneurial mindset, taking risks on every front. IBM promoted a corporate culture that was innovative for its time, putting a huge focus on customer service and openness of communication. That culture, in turn, fostered technical advances and business dominance.

The ultimate failure, Watson believed, came from me-too thinking, from bowing to orthodoxy. “Follow the path of the unsafe, independent thinker. Expose your ideas to the danger of controversy. Speak your mind and fear less the label of ‘crackpot’ than the stigma of conformity.”[spacer height=”20px”] 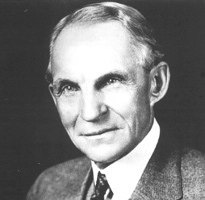 Henry Ford revolutionized manufacturing and profoundly affected modern culture by providing affordable, reliable mobility to millions. But he had to endure years of business setbacks before finally grabbing his brass ring.

Ford weathered two failed automobile startups – leading to two personal bankruptcies — before founding the Ford Motor Company and presenting the world with the Model T, a product made possible by a more advanced approach to mass production.

His takeaway? “Failure is only the opportunity more intelligently to begin again.”[spacer height=”20px”] 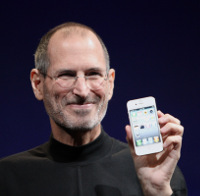 For countless aspiring entrepreneurs, Steve Jobs epitomizes the comeback story. We remember his bouncing back from his ouster at Apple to found NeXT and nurture Pixar into a success, but Jobs had learned the value of making mistakes – and keeping faith in a great idea – a long time before that.

If you’d bought an Apple Lisa when it was launched, you’d have paid $9,995 (in 1983 dollars!) for it. Sure, it pioneered the first Graphical User Interface (GUI) on a mass-market computer (among other advances). But at that price, it wasn’t going to overpower cheaper options like the IBM PC.

Jobs had been pushed off the Lisa project before launch, but figured there was an opportunity for a more consumer-friendly machine delivering many of the same features — without draining a buyer’s bank account. The Macintosh vindicated that faith. Overcoming the burden of being “a very public failure” and continuing to chase a bigger vision were lessons he passed along in his inspiring 2005 Stanford commencement speech.[spacer height=”20px”] 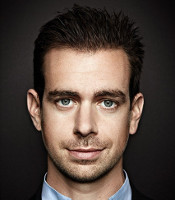 Jack Dorsey first had the idea for a web-based short-message communication platform in college. That led to his co-founding Twitter.

But like Jobs, Dorsey was pushed out of his own company.

Rather than retreat from entrepreneurship, he started the mobile payments company Square. He’d learned hard lessons about strategy and management during his Twitter episode, and he put them to use at Square.

Square reached a market valuation of $3.2 billion in just 3 years before going IPO. And Dorsey returned to Twitter to become its CEO.[spacer height=”20px”] 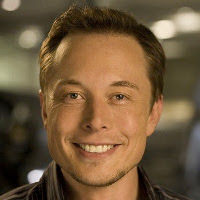 There’s being a visible failure, and then there’s being a spectacularly visible failure. Elon Musk isn’t afraid of either. Naysayers have always been vocal about how Musk’s ideas should flop: How can a startup like Tesla compete with the entrenched auto industry? Or SpaceX with aerospace giants like Boeing and Lockheed?

Musk was enough of a believer in his own ideas to eventually pour his entire personal savings into Tesla and SpaceX, including the nearly $200 million he’d earned by selling his previous startups, Zip2 and PayPal. In 2008 and 2009, Musk was borrowing money to pay his rent, according to some media outlets.

The loudest – literally!– demonstration of Musk’s ability to take very public risks? The recovery tests of SpaceX’s Falcon 9 rocket boosters, which suffered a series of explosive failures before achieving a string of picture-perfect automated landings – and government launch contracts. Meanwhile, Tesla’s success has been stellar.

Musk’s approach to getting into the spaceflight business probably sums up his philosophy about any venture: “Well, I have tried to learn as much as possible from prior attempts. If nothing else, we are committed to failing in a new way.”[spacer height=”20px”]

Dan Colussy wasn’t a tech genius or visionary programmer, but a retired aviation CEO who’d invested his money in a venture that had failed spectacularly: Iridium. By the late 1990s, Motorola had sunk $5 billion into Iridium, launching scores of low-orbit satellites to support what was intended to be a global mobile telephony network reaching every person on the planet.

The only hitch? It was obsolete from the start.

Its target audience of business travelers didn’t need Iridium’s $3,000 satphones; the world’s cellular providers had adopted international standards allowing callers to use their cellphones while traveling. In fact, Iridium earned more revenue from selling branded coffee cups and apparel than it did from actual subscriptions.

Despite that, Colussy still saw promise in its concept of a system allowing users to place a call from any point on Earth. In his eyes, the technology was elegant and worthwhile: it was the business model that was broken.

Colussy and his investors bought the bankrupt network and successfully salvaged it by re-targeting Iridium as the system for users ranging from soldiers to deep-sea fishermen, first responders to ranchers in the Australian outback. “The Iridium market was any place in the world,” Colussy explained, “where your phone was the only phone.”[spacer height=”20px”]

Airbnb gets called out as a great case study of innovation, fostering a culture where people can be “pirates,” according to co-founder Joe Gebbia. It’s swashbuckling with a purpose, though.

Employees regularly venture into the real world to “get a little test nugget, and come back and tell us the story that you found,” as he put it, which then guides new ideas.

That approach was forged by failure: During Airbnb’s rocky launch, the platform wasn’t performing as hoped, and the startup was veering toward bankruptcy. One reason? “For the first year of the business,” Gebbia said, “we sat behind our computer screens trying to code our way through problems.”

Its founders were forced to take a hard look at their product…and their culture. One early insight? How they should replace the poor-quality photos posted with listings with better ones. So left those desks and flew to New York to shoot the pictures themselves. The result? Weekly revenue doubled.

By meeting actual users and learning their real needs and triggers, they rescued Airbnb. Out of that grew a cultural commitment to really understanding users, and to encourage fresh ideas even if they involved risks.

It’s paid off. For instance, a new Airbnbdesigner was tasked with assessing the “star” function for adding properties to user wish lists. “He explained our service is so aspirational,” Gebbia recalled. “Why don’t we tap into that? He goes, I’m going to change that to a heart. I go, wow, okay.” A small change that increased engagement by over 30%.[spacer height=”20px”] 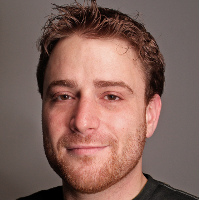 Slack is a present-day darling of VCs looking for the next unicorn, of TechCrunch and Mashable and other trade media, and no wonder: The team communication and collaboration platform recently raised $200 million in funding on a market valuation of $3.8 billion. That’s after less than 3 years of being in business.

How did its founder, Stewart Butterfield, lead his team to deliver a killer app that’s been the toast of the tech segment? You guessed it: by building from failure.

Butterfield had been a co-founder of Flickr before spending several years at Yahoo! He left that job to get back to his entrepreneurial first love: online gaming development. His team launched Glitch, a browser-based MMO that, while innovative, didn’t get traction. Butterfield had to shutter the game after only a year, an emotionally-draining experience for him and his team.

During the development of Glitch, though, they’d found they needed a better project messaging and collaboration tool. So they’d hacked their own, sharing it with friends and colleagues in other companies. Those users raved about Slack, which led to early funding rounds and a public release. Which, in turn, has led to 3 million daily users as of May 2016, and adoption by thousands of enterprises.[spacer height=”20px”]

What set these “failures” apart?

There’s a lot in common across all these examples. Where others gave up, our “failures” used their setbacks as a basis for spectacular success, thanks to those factors: