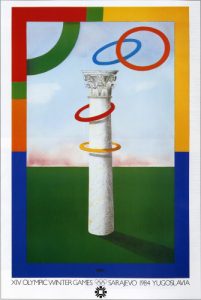 Milton Glaser has, via AIGA, passed judgment on the best (and worst) logos for the Olympics since 1924. If there’s anybody qualified to pass judgment on Olympic logos, it’s him.

He did a pretty solid job with his work for the 1984 Games in Sarajevo, after all.

Playing Olympic ring toss on a Corinthian column? It’s an elegant whimsy that’s gone out of Olympic marketing. Except maybe for the mascots. Most of which kind of suck.

The history of Olympic logos is about as up and down a design rollercoaster as you can image.

That exercise in meh that was done for Sochi? It’s something only a Putin could love, IMHO.

But everybody’s entitled to their own opinion. 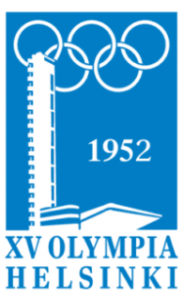 I’ve got a soft spot for the 1952 Helsinki logo. Don’t ask me why. Maybe it’s the Bauhaus-Nordic starkness of it.

Or the fact it’s obviously not first and foremost designed to help sell an overpriced coffee cup.