See the picture above? I’ve got one question:

Because the only other guess I can muster? It’s a midway attraction you’d find during red light district carny night in Amsterdam.

This was apparently a highlight of the trade show booth of an IT company whose very name lends itself to endless defamatory possibilities.

Yet I won’t name (or defame) the company. Not because I’m afraid of any stern legal slappage, but because they don’t deserve to have their name mentioned.

I can tell you they make infrastructure invisible (or near-invisible, like their presenters’ costumes), delivering a Cloud-based platform solution with rich machine intelligence (thank God, because their marketing department is apparently a scooch or two short on the human kind).

I’ll cop to it: I’ve done my share of trade show booths. Have I used attractive young spokeswomen to entice and engage conference-goers? Guilty!

Did I put them in aluminized bikinis and make then ride a Ferris wheel straight out of a 13-year-old boy’s hormonal daydreams? Nope.

Did I ask them to wave…uh, just what are those things? (Note: Please strongly resist any temptation to clear this up in the comments section.)

I can hear the rationalizations. Until they make my ears bleed:

It draws guys to the booth, let me tell you.

It’s all in good fun.

I used to nod at this sort of thinking.

Then I started a family. Then I had daughters. Then I grew up.[spacer height=”40px”]

(Cliff note for the person who dreamt up this display: 59% is nearly double 30%! You’re welcome.)

So in that environment, are we surprised that male attitudes drive a lot of the thinking about how to promote products? Just as they have in big swathes of trade show marketing for decades on end. Just search for “girls of SEMA” if you need a reminder.

I’ll pause here for some of the men in our audience to go Googling.

The excuse the person in charge of the trade show booth no doubt uses to justify the jiggle-happy jungle gym in the picture above? They’ve got to be competitive. They’ve got to pull in the crowds, shake some hands, capture some business cards.

So the question becomes, why isn’t your product good enough to get that job done?

Or if it isn’t — or even if it is — there are a thousand tactics to bring prospects to your booth (contact me today, I’ll gladly sell you a hundred or two). None of them will give you that creepy feeling you should gargle with holy water.

Use your imagination — or that of a good event consultant or agency — and you can whip up traffic-drivers that’ll actually reinforce the features and benefits of your brand. Ideas that can still be fun, and that’ll appeal to people’s desire for R.O.I. Not to their gonads.

Because — news flash! — not everybody in your audience wears a pair.

Even when we’re trying to say the right thing, to tackle sexism and stereotyping head-on, we marketers can be dunderheaded.

This Hack a Hair Dryer spot from IBM had good intentions. But why a hair dryer? What’s the message here? That if you’re a young woman with a gift for innovation, you should wield it on your curling iron? Your waffle maker?

It meant to step in the right direction. It’s a direction that technology and B2B marketers need to adopt. Because the audience they’re marginalizing today will be the one that may very well be calling a lot of the shots tomorrow.

When I first came across the “Wheel of Sexism” image, it was a update on somebody’s LinkedIn feed. And I noted how among the many people gobsmacked by it were women in positions of power and procurement at tech firms.

Guess what? Based on those women’s rather unequivocal remarks, a certain Cloud-based platform solution provider had wheeled their way straight out of the slightest hope of making a sale. 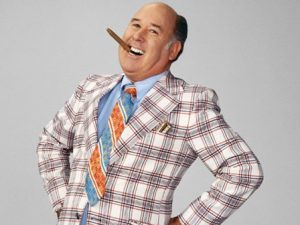 Why not? The bozos who think this is an acceptable tactic are the same genus as the plaid-pants hucksters on car lots, trying to steer “the little lady” into a clapped-out minivan. What kind of respect and collaboration would a woman figure she’d get from this company? Since it failed the eyeball test in the first nanosecond?

The culture of Silicon Valley has been called “savagely misogynistic,” but if anybody thinks that’s an impermeable barrier to women’s advancement, they obviously haven’t spent much time around women. There were — and still are — glass ceilings in plenty of other verticals, but the pressure for change is unrelenting.

Progress toward parity and equality has limped and meandered at times, but if you consider the long view, there’s been a grindingly slow but steady evolution in American business toward recognizing these problems. Progress happens. Glacially, at times, but it’s there.

Techies and tech marketers may be a male-run enclave today, but change is inevitable. Juvenalia like the “Wheel of Sexism” — and juvenalia it is, a prime artifact of frat bro insensitivity and arrested development — will wind up on the scrap heap.

The dinosaur chauvinists behind it will look up one day and wonder, WTF? Where did the rest of the world go?

The companies that can’t swallow the notion of treating 51% of their fellow Americans as equals aren’t simply ignoring or disparaging women. In the end, they’ll be cheating themselves.