Who knew?  According to traffic numbers in recent times — and you can’t argue with traffic numbers, can you? — Facebook is in the lead in terms of social media networks driving traffic to Web sites.  No wonder, with half-a-billion users worldwide.  But in second place?  StumbleUpon.  StumbleUpon?

It’s not a fluke — these are metrics that have held up for several years.  When you consider the network’s raison d’etre, it makes sense: StumbleUpon is about discovering and sharing third-party sites.  So despite the fact it has a relatively low 10 million users, it still outranks Twitter, LinkedIn and heftier competitors because its cornerstone focus is on promoting the sharing of sites.

The user who discovers your page via StumbleUpon is much more likely to be interested in your offerings, because they’ve arrived at your site through the recommendations of people in their own social network.

By submitting your pages to StumbleUpon and creating a profile there, you’re potentially opening yourself up to highly-qualified, or at least curious, traffic.  All the rules of social media marketing should apply here, in terms of congeniality and openness, etc. 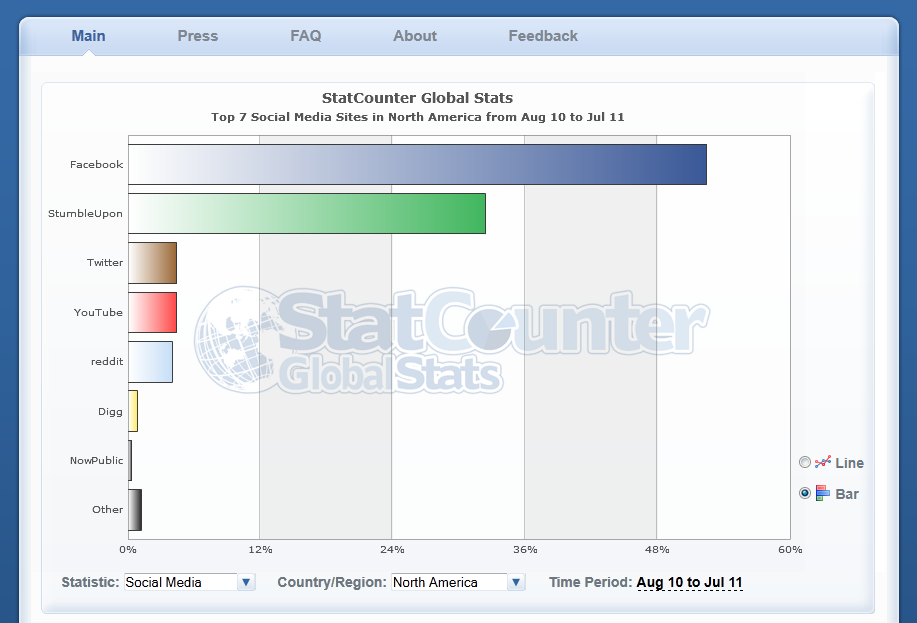