Before you call me a Luddite, let me make it clear I’m always jonesing for the newest, the techiest, the designiest, the betterest material objects of flagrant desire out there.

I love me some Apple. I’ll happily advocate for most Apple products and the Apple ecosystem.

Excuse me: Apple Watch Edition. Love the design, not so enamoured of the branding.

Let’s be fair. We’ve had “wearable devices” at least since Patek Philippe slapped the first purpose-designed wristwatch on a Hungarian countess back in 1868, when it represented the ne plus ultra of technology, merging art, craft, innovation and engineering. 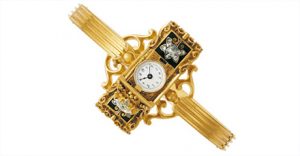 That watch is in the company museum today. Fortunately for posterity, she didn’t lose it in a carriage or forget it in a walk-in closet somewhere.

I have no idea if the mechanism still works. But with TLC by a master craftsman back at the Patek Philippe factory, it might have a few more good ticks to give the world.

The mediagasm around the Apple Watch is in full tingle. Hype aside, we’ll be living through yet another modern hinge point in technology if the product delivers as promised and changes how we interact with mobile computing, and becomes a foundational component of the Internet Of Things. So they may well sell tens of millions, maybe hundreds of millions of them.

At $349 or so a pop, I’m tempted. Though my history with expensive equipage on my wrist suggests otherwise. It just stopped! Five minutes after I put it on!

The question I have about the Apple Watch was brought to mind by its more expensive incarnations – forgive me, Edition(s) – and it goes back to that original Patek Philippe.

Or to my old man’s Timex. Or to a Breguet, or a Rolex Oyster. There’s an inherent heirloom quality to timepieces. Even inexpensive ones. They travel through some length of a lifetime with somebody we have loved or respected deeply. Then they’re handed down. With an occasional trip to the watch repair shop (even if it’s with an armed guard in Geneva), they’re ready to be used and handed down yet again.

But imagine Dad taking you aside on your eighteenth birthday, putting a daddish hand on your shoulder, and saying, “You know, your grandfather gave this to me when I was your age, and it’s only right that I pass it along to you.” 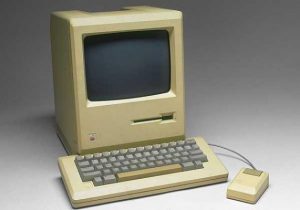 I know: the Apple Watch isn’t really a wristwatch. But it’s self-consciously donned all the trappings of a style object. Maybe it’s more accurate to say that Apple, at least with this product, isn’t going to hold back from merchandising its design ethos as playing in the same sandbox as fashion. The Apple Watch isn’t simply the elegant result of entwined form and function, like other Apple products. It’s designed from the outset to be an object of lust.

This is a new place for branding, for technology, for fashion, as haute couture horology dances with Silicon Valley disruption.

Yet there’s dissonance in the center.

Computers go obsolete. My iPhone 4S probably won’t survive the next major iOS upgrade. The Apple Watch isn’t any different, whether it’s $349 or $17,000. If a first-gen unit is still a fully-usable part of the Apple ecosystem in 10 or 15 years, I’ll be amazed.

Romanticism attaches to that 100-year-old watch that becomes a family legacy…or gets found by Aunt Gretl in the hayloft and makes an appraiser go googly-eyed on Antiques Roadshow. Part of that is because we can strap it on ourselves and feel like we’re part of human continuity.

That’s not to bitch about technological evolution, or about Apple. Stuff gets better.

But it shows there’s a shift in how we relate to these objects. We’re inured to obsolescence. You might even say we’re indentured to it.

Obsolescence fuels economies, and the products that are part of its ruthless cycle shape our perceptions of self. We’re literally slaves to change.

As our devices get smarter, they also get more transient. Who knows how much sentiment we’ll attach to any of them a hundred years from now?

A friend of mine told me it would be easy to turn an Apple Watch into a valuable heirloom I could give to my kids or grandkids many years from now.

“Don’t open it,” he said. “Don’t take it out of the original packaging. It’ll be worth a fortune.”

But that’s not the same. Is it?